A world boss is a high level boss designed to be fought by a large number of players. They have a fixed spawn schedule and location. The current world bosses in the game are Kzarka, Karanda, Kutum, Nouver, Watcher Offin Tett, Garmoth and the prior known as Event/Raid Bosses: Muraka, Quint and Vell. The majority (except the last four) drop yellow grade weapons (primary, secondary and awakening).

The system notifies all players in a channel the moment the world boss/es spawn with a roar and a message in the upper part of the screen. After 15 minutes if the boss/es aren't dead they will despawn.

Karanda spawns in the highest peak of Karanda Ridge in northeastern Calpheon. This boss drops yellow grade awakening weapons, which require level 56+ to use, as well as completing a quest to unlock the skill tree.

Kutum spawns in the bottom of the Scarlet Sand Chamber to the northeast of Rock Post. It drops yellow grade secondary weapons.

Nouver spawns to the southeast of the Sand Grain Bazaar, inside the desert. Nouver drops yellow grade off-hand weapons.

Garmoth spawns in Garmoth's Nest, Drieghan. While she does not drop any yellow grade weapon, in Drieghan you can craft superior versions of the off-hand weapons with a drop from Garmoth.

While Quint, Muraka and Vell have fixed spawn times (before the other world bosses had them), only spawn once per week as an event, were referred to as Raid Bosses and Event Bosses in early statements and do not share the same type of unique loot the others have (yellow grade weapons) they're now called World Bosses and are included in the World Boss timetable.

Vell spawns in Vell's domain in the ocean. 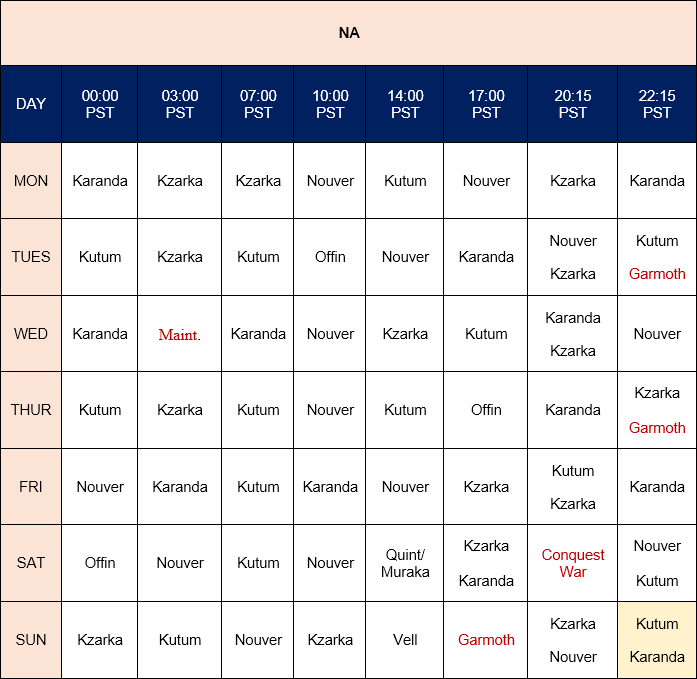 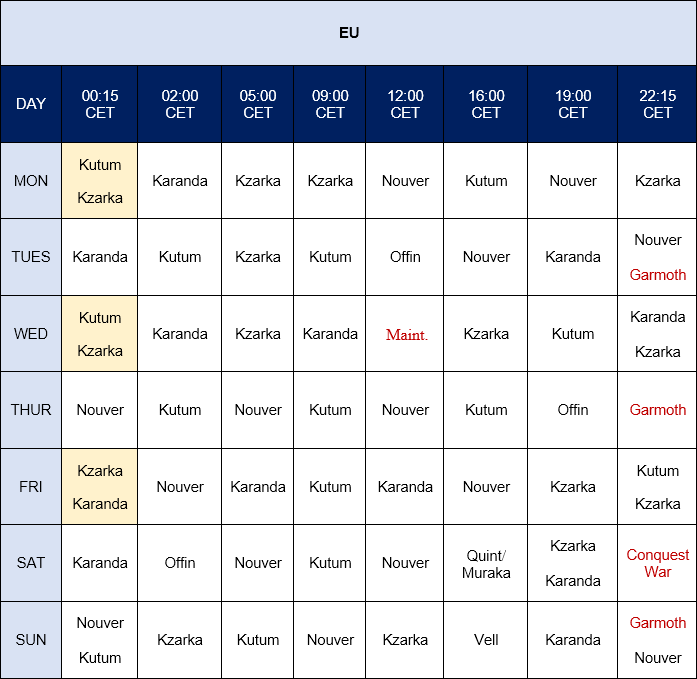 Retrieved from "https://blackdesertonline.fandom.com/wiki/World_Boss?oldid=20208"
Community content is available under CC-BY-SA unless otherwise noted.