Different fish species can be caught in the different territories and seas of the world. The fish are also split between freshwater and seawater species. In the open waters of the ocean you can catch them from harpooning in addition to fishing with rods.

The following list has the fish ordered by type: Rare, Big and Common.

Kamasylvia does not have a single fish table for all its territory. Instead, its various bodies of waters are divided into various tables with different fish species in each of them.

No fish species can be obtained here. 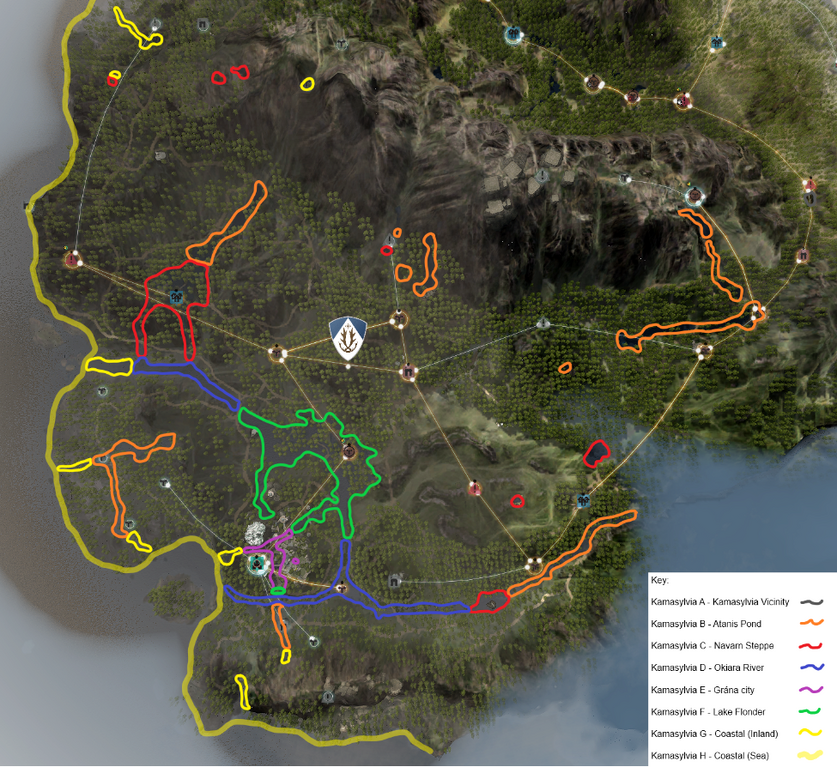 In the seas one can fish both with a rod and with a harpoon. Each sea or area will have both a rod/common section and a harpoon one. Note that you need to have invested in the origin node for each sea if you want full trading price.

As with the freshwater part, all named areas not found in the game are taken from Moonraker's guide.